History of Asylums in Iran

Medical care for patients with mental illness in designated quarters has a long history in Iran. The founding of Daar al-Fonun and the arrival of European physicians and modern medicine had a significant impact on health services and patient care. In addition, separate psychiatric asylums called Daar al-Majaanin that were previously within hospital grounds were established to care for mentally ill patients.

Based on primary sources and documents, the book briefly traces the history of mental illness in Iran with a primary focus on developments in psychiatric asylums from the establishment of Daar al-Fonun to the founding of the Faculty of Medicine at Tehran University in the 1930s. 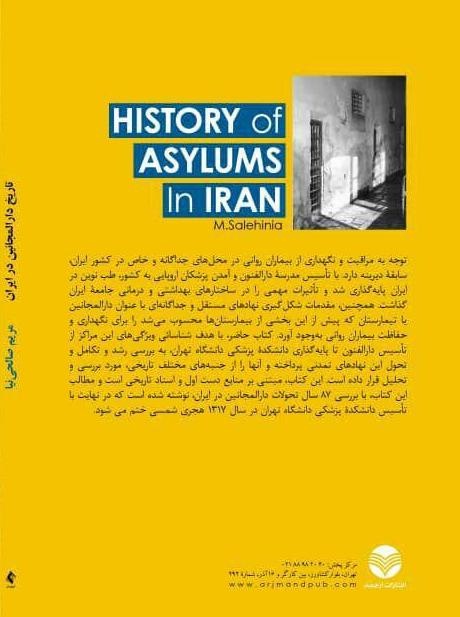